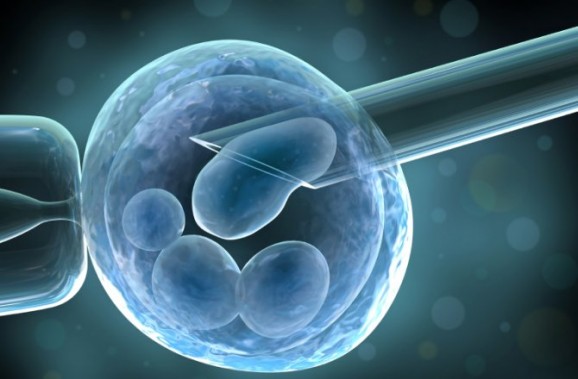 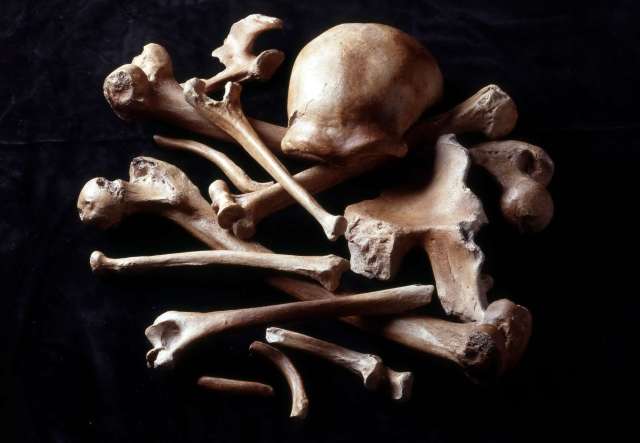 After hearing the claims of Harvard geneticist George Church that it could be possible to clone a Neandertal I began writing a novel (and short stories set in the world of this novel) exploring the lives of cloned Neandertals. But is Neandertal cloning really a scientific possibility?

What exactly is cloning anyway?

When referring to biological organisms cloning is defined as the process of creating an exact copy of a DNA sequence, cell or organism. So for example the famous Dolly the Sheep was made as an exact copy of an adult sheep through the use of the adult sheep’s genetic material (DNA). The assumption is that any organism whose DNA we have access to can then be cloned using the blueprint encoded on that DNA.

How do we do clone an animal?

To date the only way cloning has ever occurred is by somatic cell nuclear transfer (SCNT). A somatic cell is a bodily cell, say from the skin or muscle, which is not a reproductive cell (the reproductive cells being the sperm and eggs). SCNT involves transferring the nucleus (the region of the cell where DNA resides) of a cell from one organism into the egg cell of a host organism. When the technique is successful, we get an animal that is genetically very similar to the original animal.

Can we use SCNT to clone a Neandertal?

Even though Svante Pääbo and colleagues completed the first sequence of the Neandertal genome in 2010 we can’t use SCNT for cloning Neandertals (or any other extinct organism such as a mammoth or a dodo). Due to the degradation of cells and DNA after an animal’s death (even if they are frozen in permafrost) it has proven impossible to isolate an intact somatic cell or nucleus from long-dead animals. Only intact somatic cells contain the complete and properly packaged genetic material required to create a viable clone. To produce an organism the genome must be sitting on chromosomes and on the proper number of chromosomes (chromosomes are structures composed of DNA and proteins that organise the genetic material in the nucleus). Without chromosomes cells can’t divide to form a whole organism.

CRISPR/Cas9 is a defence mechanism found in a wide range of bacteria. CRISPR is a collection of DNA sequences in the bacterial genome which represent dangerous viruses. The second part of the defence mechanism is a set of enzymes called Cas (CRISPR-associated proteins), which can precisely snip DNA and destroy invading viruses based on RNA molecules (another type of biological molecule) constructed using the CRISPR sequences.

How can CRISPR/Cas9 assist in transforming modern human cells into Neandertal-like cells?

Biologists have recently co-opted the ingenious CRISPR/Cas9 system for precision genome editing in the laboratory. If they feed Cas9 the right CRISPR-RNA sequence they can cut the DNA wherever they want.

If the desired Neandertal sequences (synthesized in the laboratory by stringing DNA bases together using the Neandertal genome as a template) are added at the same time then cellular repair systems can use these DNA sequences to repair sections of the genome removed by Cas9. The result being a modern human genome edited to closely resemble the Neandertal genome.

This is not a foolproof system, however. Occasionally the Cas9 enzyme cuts in the wrong place and the desired replacement sequence is not always incorporated. Cells need to be tested to determine whether or not the editing process has been successful.

Summary of the steps required to clone a Neandertal

It’s likely to require many attempts to achieve Neandertal cloning success. Embryos that are not viable would die early, possibly before implantation. Implantation in the surrogate mother would depend upon compatibility between the embryo and surrogate and even if an embryo was brought to term, there’s a high likelihood that the infant would die soon afterwards or have significant health problems due to errors in the gene-editing process.

While it is theoretically possible to clone a Neandertal, (or more accurately reverse-engineer a modern human cell to produce a Neandertal-like embryo), it’s a complicated and technically difficult process with a large chance of failure (even cloning animals such as Dolly the sheep results in a high percentage of failure and deformity). It is also likely to be a time-consuming and expensive process and without a compelling reason to do so I can’t imagine why anyone would attempt it. Then there is the question of what we would do with a cloned Neandertal once we had succeeded in creating one. For more of my thoughts on this refer to my short story Planet of the Neandertals published in Don’t Open Till Doomsday.

2 thoughts on “How to Clone a Neandertal”