My Favourite Books Read in the Last Five Years

If you’re anything like me you’ll just scroll through this waffle at the top to get to the list.

After every death Harry returns to where he began, a child with all the knowledge of the lives he has already lived. So begins a mind-bending, mind-boggling and truly genius plot that left me considering quitting writing because I could never achieve something so perfect.

When Elka learns that the solitary hunter who took her in as a child is a murderer she flees into the vast wilderness. Set in a post-apocalyptic world The Wolf Road is dark and gritty with survivalism and a complex female protagonist. 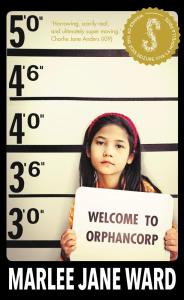 In a near-future dystopia driven by corporate greed Mirii, a defiant and big-hearted teenager, navigates oppression, identity and sexuality in an industrial orphanage. Short and sweet read with a voice that grabs you at the first page and doesn’t let go as you laugh and cry all the way to the end.

Set in Southwest Britain, AD 43. Skin follows the story of outcast, Ailia, who has been chosen for a spiritual path by tribal ancestors. Part fantasy, part history, part romance and all compelling female protagonist, page-turning storyline and skilful writing.

While Plum Kettle is biding her time until her weight-loss surgery she is drawn into an underground community of women who live life on their own terms. Dietland takes on the beauty industry, gender inequality, and weight loss obsession and opened some new doors in my mind. I’ve also recently heard that Marti Noxon is making a tv series based on this book.

The Book of the Unnamed Midwife

In the wake of an illness that killed women and children and made childbirth deadly, the midwife struggles and survives and finds her place in the dangerous new world. Unputdownable and thought provoking. 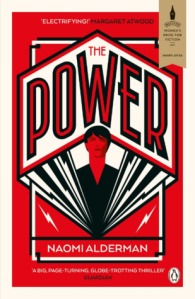 Women, starting with teenage girls, develop the power to cause agonising pain and even death. With the power in their hands the world changes completely. The Power asks difficult and important questions about our contemporary world and the myth of gender essentialism. And, yes, there are apocalyptic themes too. 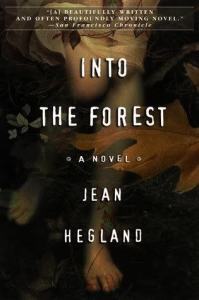 Two teenage sisters, Nell and Eva, struggle to survive alone in their Northern California forest home as society collapses around them. It has an apocalypse, survivalism, a forest and sisters. What more could you want?

Parable of the Sower

In 2025 the world is slowly, apocalyptically, crumbling. Lauren Olamina, a hyperempath, is forced from her home into a dangerous world. This book and its sequel Parable of the Talents have attracted renewed interest lately due to their parallels with the Trump presidency. A few years ago I discovered Octavia Butler when I first read her vampire novel Fledgling. I promptly got hold of as much of her work as I could and read it all. I love everything she’s done, but Parable of the Sower is my favourite. Probably because of the survivalism themes (a favourite reading topic of mine for reasons unknown even to me). Her work resonates with me in a unique way. Octavia’s understanding of humanity is so accurate and so beautiful and her prose so clear and precise, yet evocative.

Fairytales for Wilde Girls by Allyse Near

Written in Red by Anne Bishop

Who Fears Death by Nnedi Okorafor

The Road by Cormac McCarthy

Among Others by Jo Walton

The Book of Lost Things by John Connolly

World War Z: An Oral History of the Zombie War by Max Brooks

Dawn by Octavia E. Butler (Soon to be brought to the small screen by Ava DuVernay!!!)

The Reapers are the Angels by Alden Bell